New 52W High in past week

Economic Times
The stock was listed on November 20, and since then has ended lower in one session.
Share
Share on

Business Standard
The post-listing market capitalisation for the company stands at Rs 29,848 crore, helping it break into the top 10 valuable pharma firms in the country
Share
Share on

BSE India
Trading Members of the Exchange are hereby informed that effective from November 20, 2020, the equity shares of Gland Pharma Ltd (Scrip Code: 543245) are listed and admitted to dealings on the Exchange in the list of 'B' Group Securities. For further details please refer to the notice no 20201119-24 dated November 19, 2020.
Share
Share on Over the past year, the importance of the Indian pharmaceutical industry has been emphasized like no other.

Covid-19, global lockdowns curtailing supply, and de-risking away from China have pushed global demand towards India. With Indian pharmaceutical companies importing close to 70% of active pharmaceutical ingredients (APIs) from China, this global movement has forced domestic drug makers like Divi’s Labs, Aarti Drugs, Jubilant Life Sciences, and Granules India to alter supply chains. At a time of such seismic shifts in the pharma industry, Gland Pharma, a Chinese-owned Indian pharmaceutical company is launching its IPO.

The four-decade-old Hyderabad-based pharmaceutical company has seven manufacturing facilities throughout the country. Its finished dosage formulations (FDFs) facilities are located in Dundigal, Pashamylaram around Hyderabad, and the oncology facility in Visakhapatnam, while its active pharmaceutical ingredient (API) facilities are present in Visakhapatnam and Dundigal. The company’s manufacturing capacity for FDF products stood at 755 million units per annum at the close of the previous fiscal year.

Gland Pharma’s business is focused on generic injectables, operating under a B2B model in over 60 countries including in the United States, Canada, Australia, India, and several European countries. Domestically, the company operates via a B2B with its B2C model catering to hospitals, nursing homes, and government facilities. As of March 2020, Gland Pharma, with its partners, had 265 ANDAs (abbreviated new drug applications) pending in the US, with 204 approvals. Out of the 265 filings, 189 were for sterile injectables, 50 for oncology, and 26 for ophthalmics-related products.

A major factor in this offering is the company’s promoter, which is putting up part of its stake in the company via the offer for sale. Fosun International, a Chinese conglomerate owns a majority stake in the company, which it acquired from private equity firm KKR in 2017 for $1.1 billion (~Rs. 6,980 crores), making Gland Pharma the first Chinese-backed Indian pharma company to launch an IPO.

With the larger market recovering, pharma companies revealing strong quarterly growth despite supply-side issues, and a global move to ‘de-risk’ away from China towards India, will this Chinese-promoter owned pharmaceutical company compliment the bullish pharma trend, or fall flat?

Gland Pharma is set to be India’s largest pharma public offering, with an issue size of Rs. 6,479.5 crores. The IPO is broken down into a fresh issue of 83 lakh shares amounting to Rs. 1,250 crores and an offer for sale (OFS) of 3.4 crore equity shares by the promoters and other selling shareholders.

The shareholding of the company before the IPO is as follows. 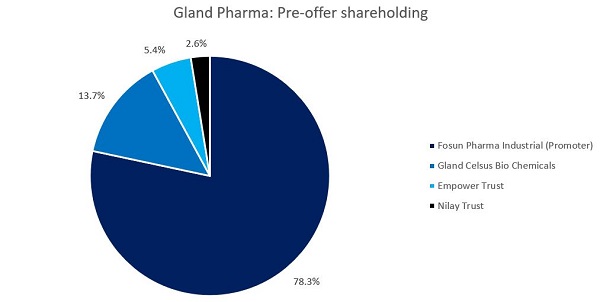 The OFS of 3.4 crore shares is divided between the promoter and the selling shareholders as follows. 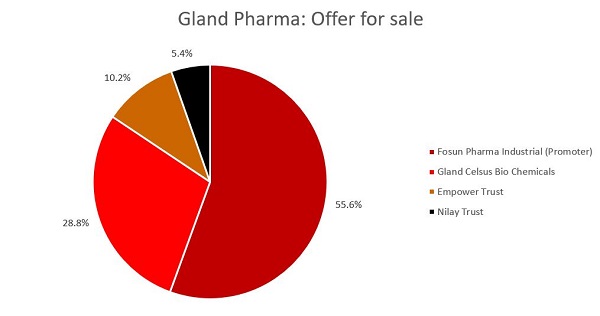 Post the IPO, the promoter’s shareholding will drop to 58.4%, and the other shareholders will hold around 10.5% of the company.

The net proceeds from the offering will be used for two purposes -- Rs. 769.5 crores to fund incremental working capital requirements and Rs. 168 crores for CAPEX. The funds will be deployed as follows. 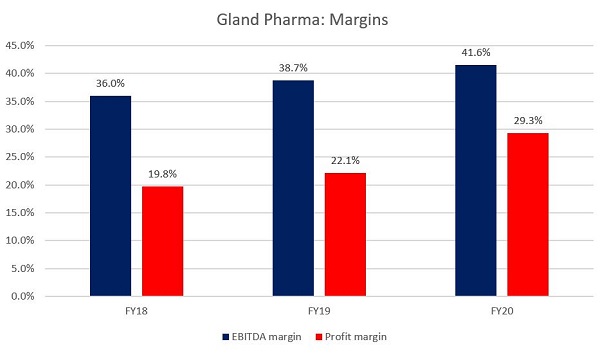 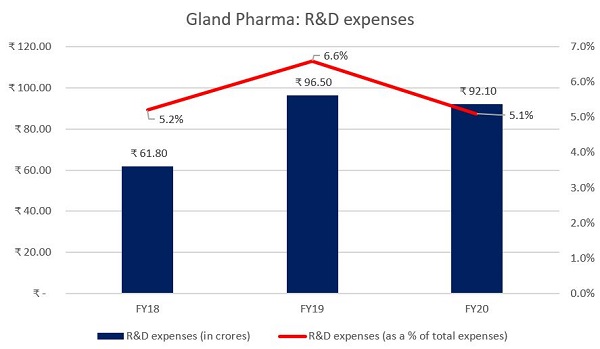 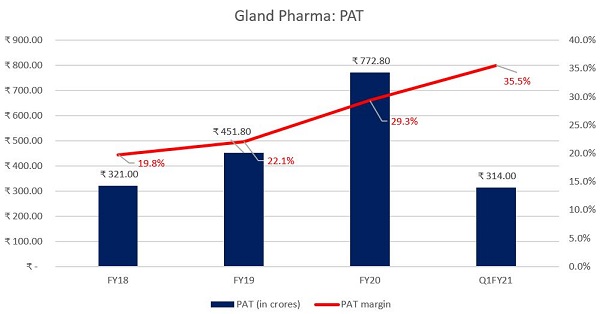 The injectable market, in which Gland Pharma finds its niche, is the second-largest form of drug delivery, accounting for 39% of the global pharmaceutical market value in 2019, up from 32% in 2014. In that time, the injectable market has grown at a CAGR of 10.1%, to $432 billion (Rs. 32.1 lakh crores). North America contributed 55% of the injectable market, followed by Europe (20%), China (11%), India (1%), and the remaining 13% from the rest of the world (most prominently Japan, Russia, South Korea, and Russia).

Moneycontrol
Nirmal Bang has come out with its report on Gland Pharma. The research firm has recommended to ''Subscribe'' the ipo in its research report as on November 09, 2020
Share
Share on

Gland Pharma opens for subscription today: Should you subscribe?

Moneycontrol
The shareholding of promoters - Fosun Singapore and Shanghai Fosun Pharma - in the company will be reduced to around 58 percent from 74 percent now.
Share
Share on