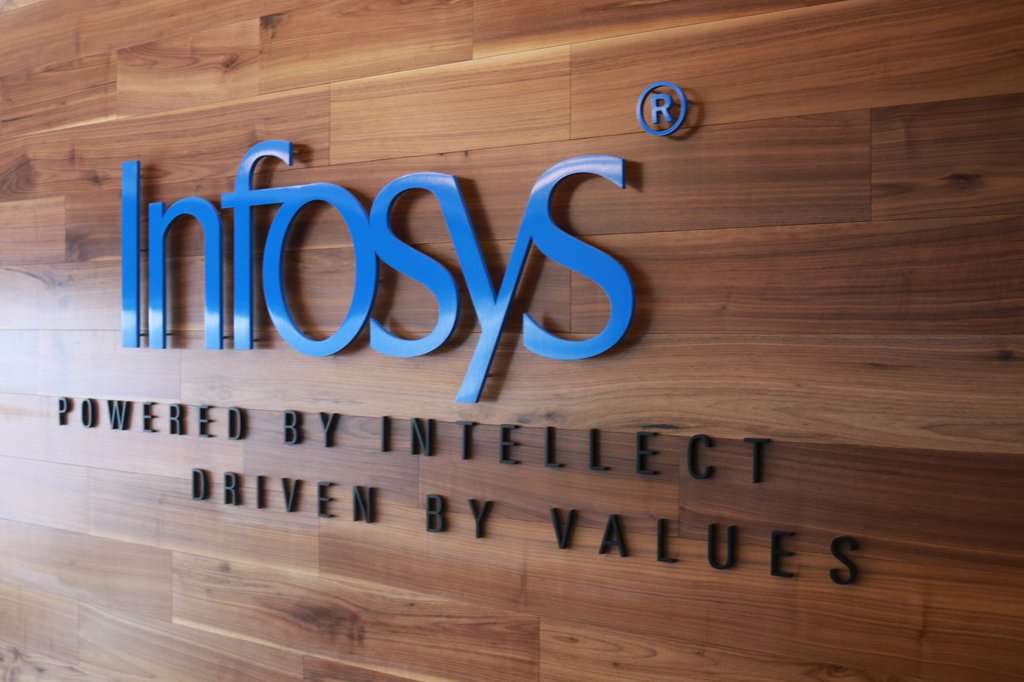 Infosys stock was down about 2.4% today, reacting to Q4 FY21 results and coming in below street expectations. While there is double digit YoY growth in all parameters, investors have reacted to low sequential growth in Q4 FY21. Net profit and operating profit have both declined 2.3% and 2% QoQ respectively. Operating margins declining 90 bps QoQ and large deal wins have also decelerated. The Infosys board has approved a buyback of Rs 9,200 crore at a maximum price of Rs 1,750 per share. 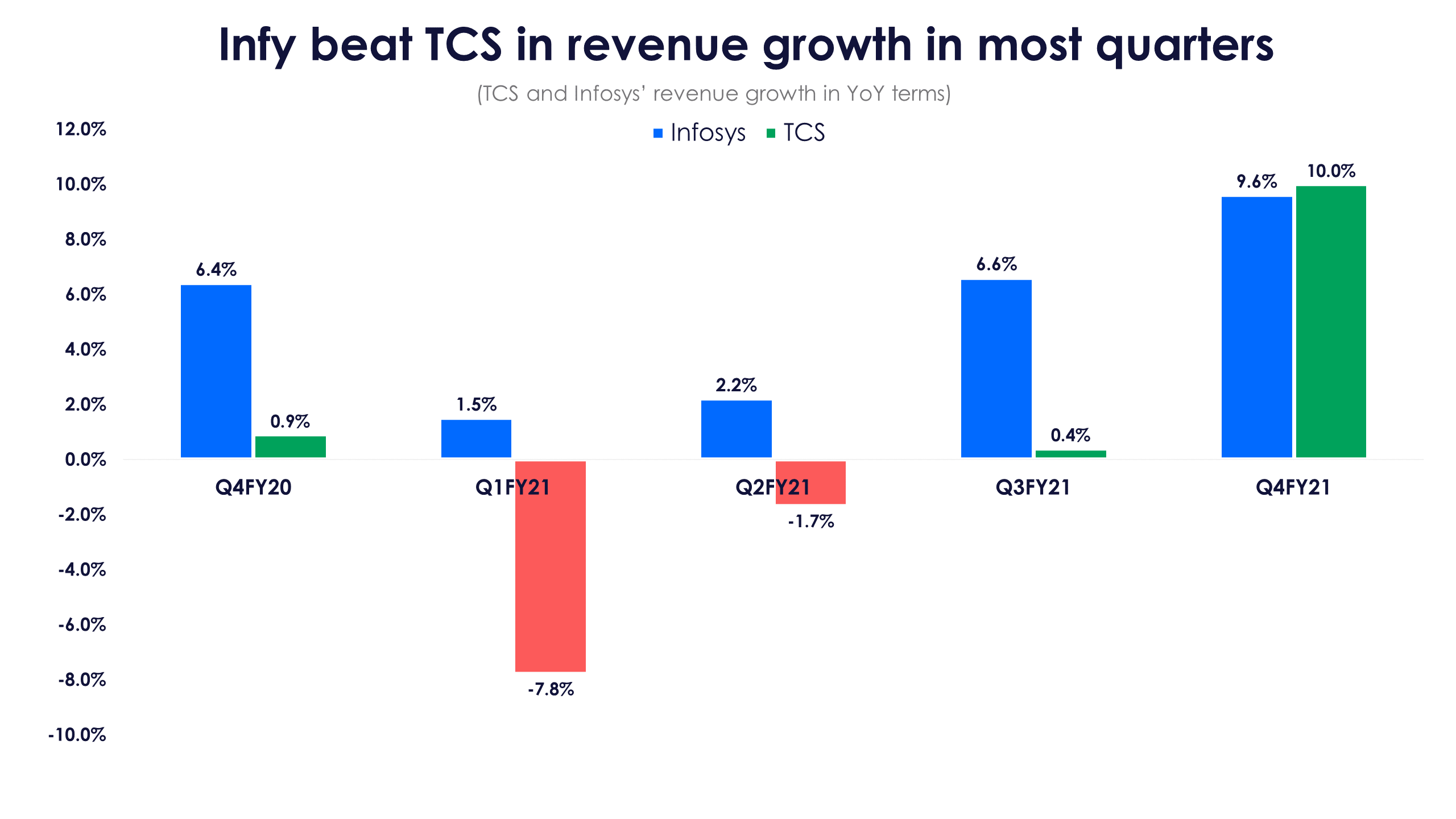 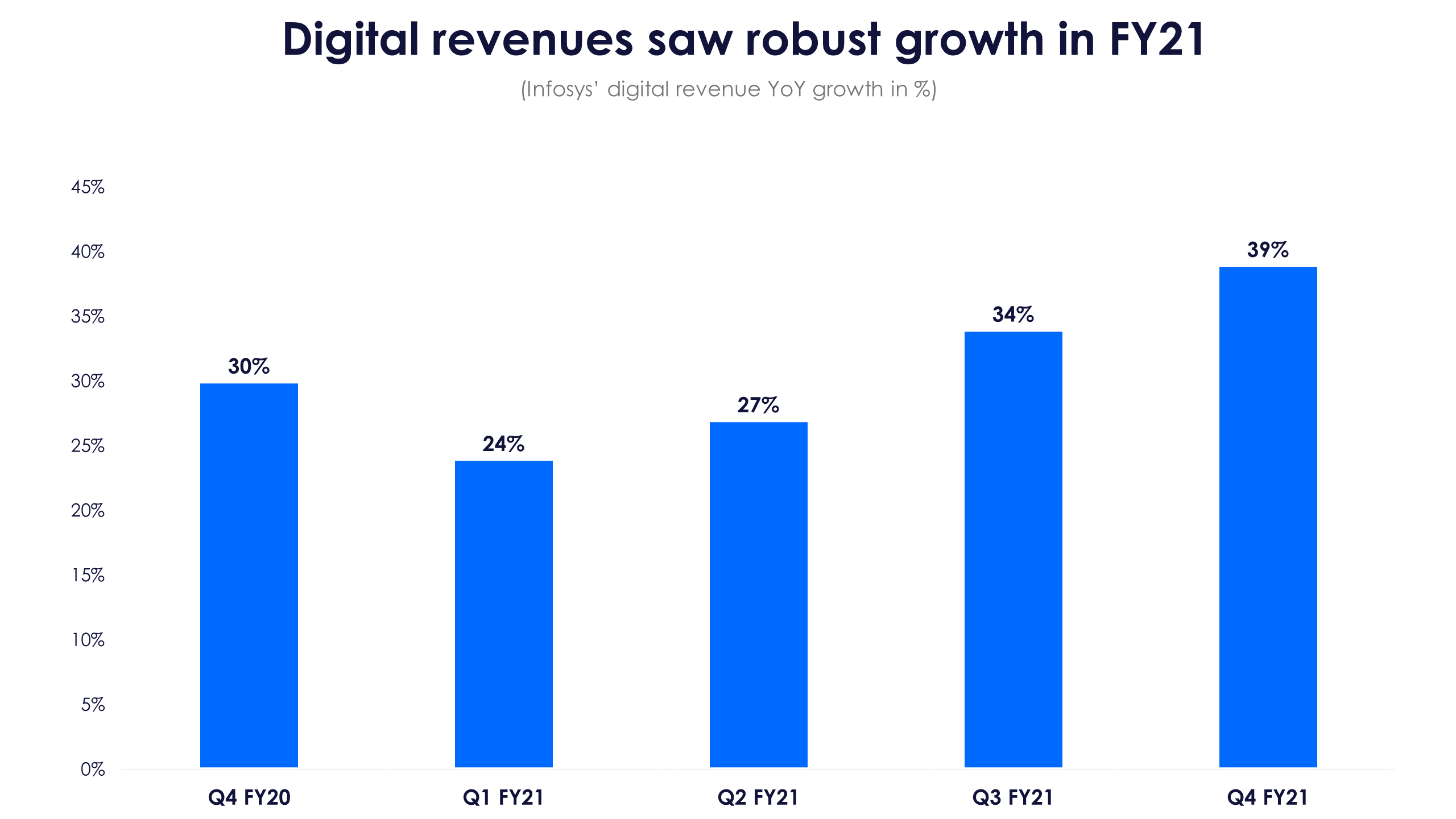 Retail vertical’s revenues (15% of revenues) increased 4.5% (cc) YoY. The management said that although many retail sub-segments remain subdued, strong opportunities are visible in areas such as infrastructure, app modernization, adoption of micro-services architecture, cloud strategy and cyber security. Communications vertical (12% of revenues) has seen flattish growth throughout the year.

The manufacturing vertical (9.6%) was impacted the most post the Covid19 pandemic. After growth in the manufacturing vertical was in the negative territory in the September 2020 and December 2020 quarters, it returned to positive growth in Q4 FY21. The vertical’s revenues rose  3.4% (cc) YoY supported by automotive and industrial segments as economies around the world are opening up. Energy vertical (12.3% of revenues) maintained its growth momentum from the December 2020 quarter, rising 5% YoY (cc). The management sees stability returning to the vertical mainly due to recent deal wins and quality of account openings.  Hi-tech (8% of revenues) and life-sciences (7% of revenues) revenues jumped 15.5% YoY and 18.3%, respectively.

Infosys ended Q4FY20 with a mild $32 million impact due to the onset of the Covid19  pandemic. The revenue growth momentum dipped in the quarter ended June 2020, but by Q2FY21, growth was back on track.

In the December 2020 quarter, the company posted its best ever sequential revenue growth in the past eight years of 6.16% in dollar terms. Investors and analysts were hoping the company would end  FY21 with strong growth numbers, and guide for robust double-digit revenue growth for FY22.

Infosys’ management guided for a  12-14% revenue growth and margin of 22-24% for FY22. The company is expecting strong broad-based growth across sectors and geographies. As the US moves to normalcy in 3-6 months time with aggressive vaccine rollout, the easing of lockdowns in the UK, and Europe looking in better shape augur well for Infosys’ prospects. 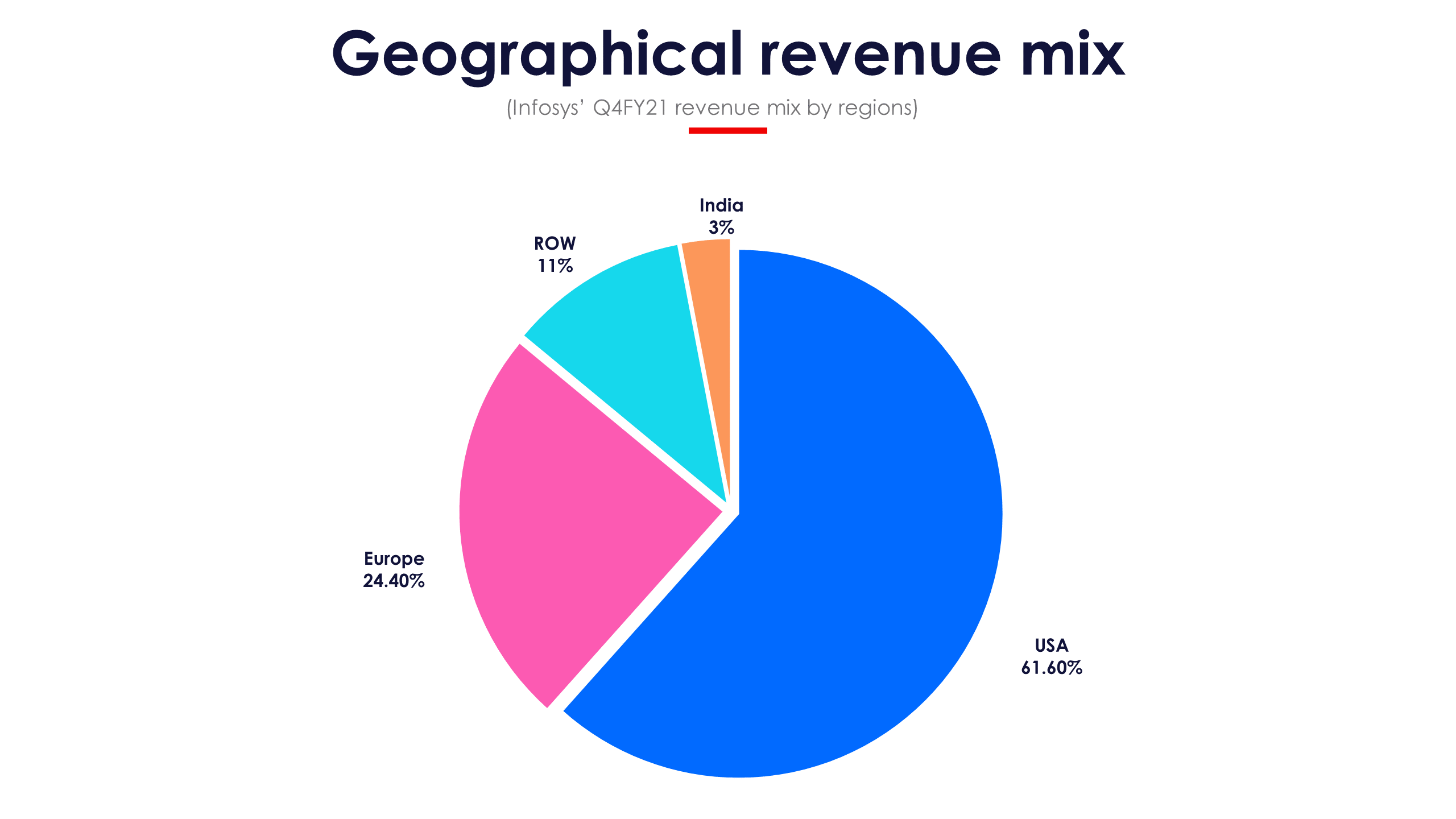 However, the management expects margins to be impacted as travel costs return.Salary increments, rolled out in January 2021, and an upcoming one July 2021, will weigh on margins as well. However, the street is not impressed with the company’s $14 billion deal wins in FY21 (with 66% net new deals). Nor with the revenue growth guidance of 12-14%, which some felt was conservative. And after the spectacular $7.13 billion large deal signings, Infosys reported just $ 2.1 billion large deal additions in the March 2021 quarter. In addition to that, management also indicated headwinds for the large deals in FY22.

Based on the rollout of vaccines, the global economy is expected to be in better shape in the next six months. For the Indian IT services players travel cost will return, leading to onsite work becoming more dominant.

Of course, cloud migration, data and analytics, as well as digital transformation journeys of clients are going to continue. Infosys recently announced a deal signing with the world’s largest steel and mining company ArcelorMittal to accelerate its digital transformation journey, and also to provide business process management (BPM) services. It is possible that Infosys might surprise again in the coming quarters, similar to what it did in the December 2020 quarter . After all, it’s the original bellwether.