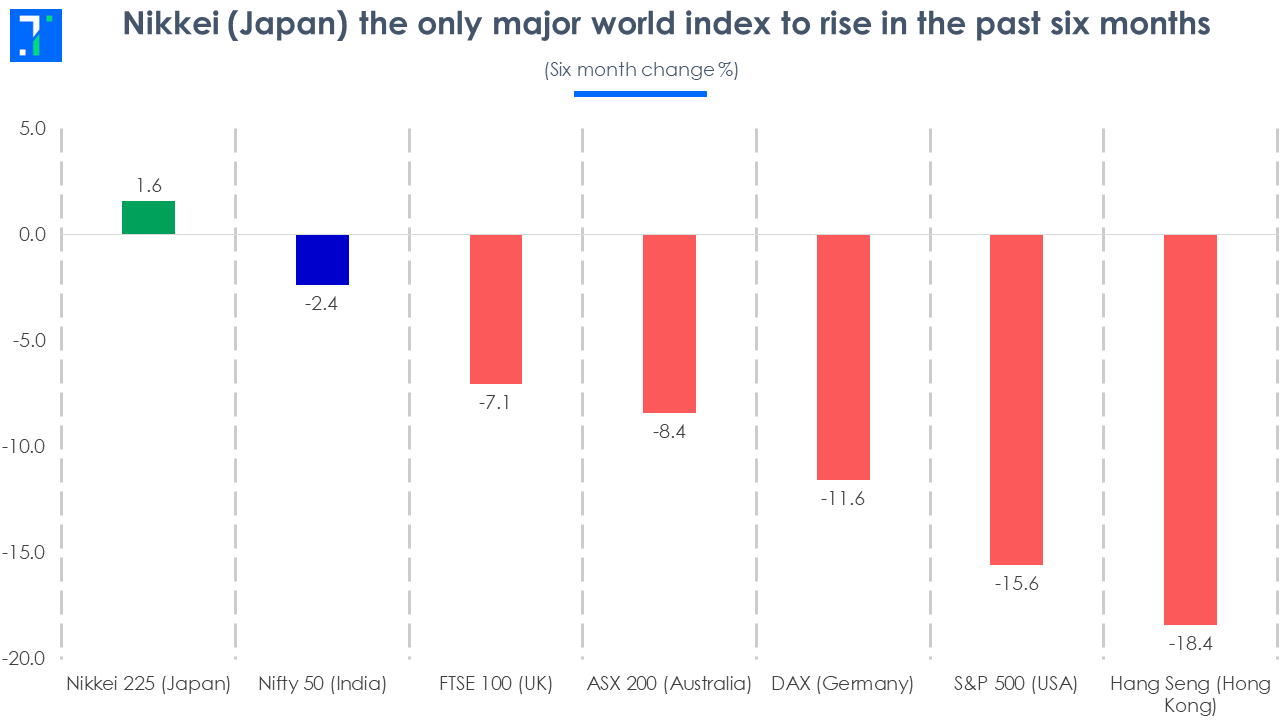 Chart of the week: Hong Kong's Hang Seng index falls the most in the past six months

2022 has seen rising inflation and interest rates, as well as conflict in Europe. The weakening environment has spooked investors,  resulting in a global sell-off across indices as people hunt for less risky options for their money.

The Hang Seng index of Hong Kong, China fell 18.4%, the most in the past six months among global indices. The index fell to its lowest level since October 2011. The major reason for this fall is traders selling equities for much safer government bonds, as Covid zero policies and weakening GDP growth discourage investment.

The USA’s S&P 500 fell 15.6% in the last six months. Ever since the Federal Reserve raised interest rates by 75 bps for the third consecutive time on September 21, the index has taken another plunge and dropped below the lows of June.

The United Kingdom’s FTSE 100 index fell 7.1% over the last six months. The US Fed’s interest rate hikes combined with the UK government’s unfunded tax cuts in its mini-budget have resulted in the British pound falling to its all-time low of $1.038 on September 26. The concerns around the tax cuts fuelling further inflation in the UK has caused investors to pull out of the equity market.

India’s Nifty 50 index has fared well compared to most other global indices. It has fallen just 2.4% in the past six months. A broad sell-off from foreign investors contributed to this drop. Another reason is the fall of the Indian rupee to its all time low of Rs 81.9 per dollar on September 28. Japan’s Nikkei index has recovered in recent weeks on the back of strong buying from retail investors.

As we head into the second half of FY23, central banks are likely to further increase interest rates to keep inflation in check.