Hero MotoCorp stock price lost 19% of its value over the past three months, making it the worst performer among the top three Indian two-wheeler companies. Its peer Bajaj Auto fell 7% while TVS Motors stock lost only 4% of its value since early February. Hero MotoCorp reported strong numbers in March 2021 but with double digit sequential deceleration YoY on all significant parameters, as pent-up demand and festive zeal petered out by the end of FY21. Amid the resurgence of Covid-19, localized lockdowns and plant closures, it is déjà vu for the auto sector in the upcoming June 2021 quarter.

Hero MotoCorp’s consolidated revenues in the quarter ended March 2021 rose 37% YoY to Rs 8,690 crore helped by good volume growth. Volumes grew at 18.5% YoY in Q4 FY21. Revenue growth was powered by scooters, premium motorcycles, spare parts business and the rejuvenation of global business. Higher revenue growth was also a result of the lower base last year due to lockdowns. Net profit came in at Rs 880 crore a 46% YoY rise, but with a sequential decline of 14% in the quarter ended March 2021. Operating profit came in at Rs 1,226 crore in March 2021, rising 1.8 times YoY.

On a sequential basis though, indications of a worsening macro environment were already visible - revenues declined 12% and net profit fell by 14%. Operating profit fell 15% QoQ. Operating margins  came in at 14.1%, expanding 330 basis points (bps) YoY. Hero has been able to maintain its superior margins through a cost savings program that has helped it offset the impact of higher commodity prices and other input costs. 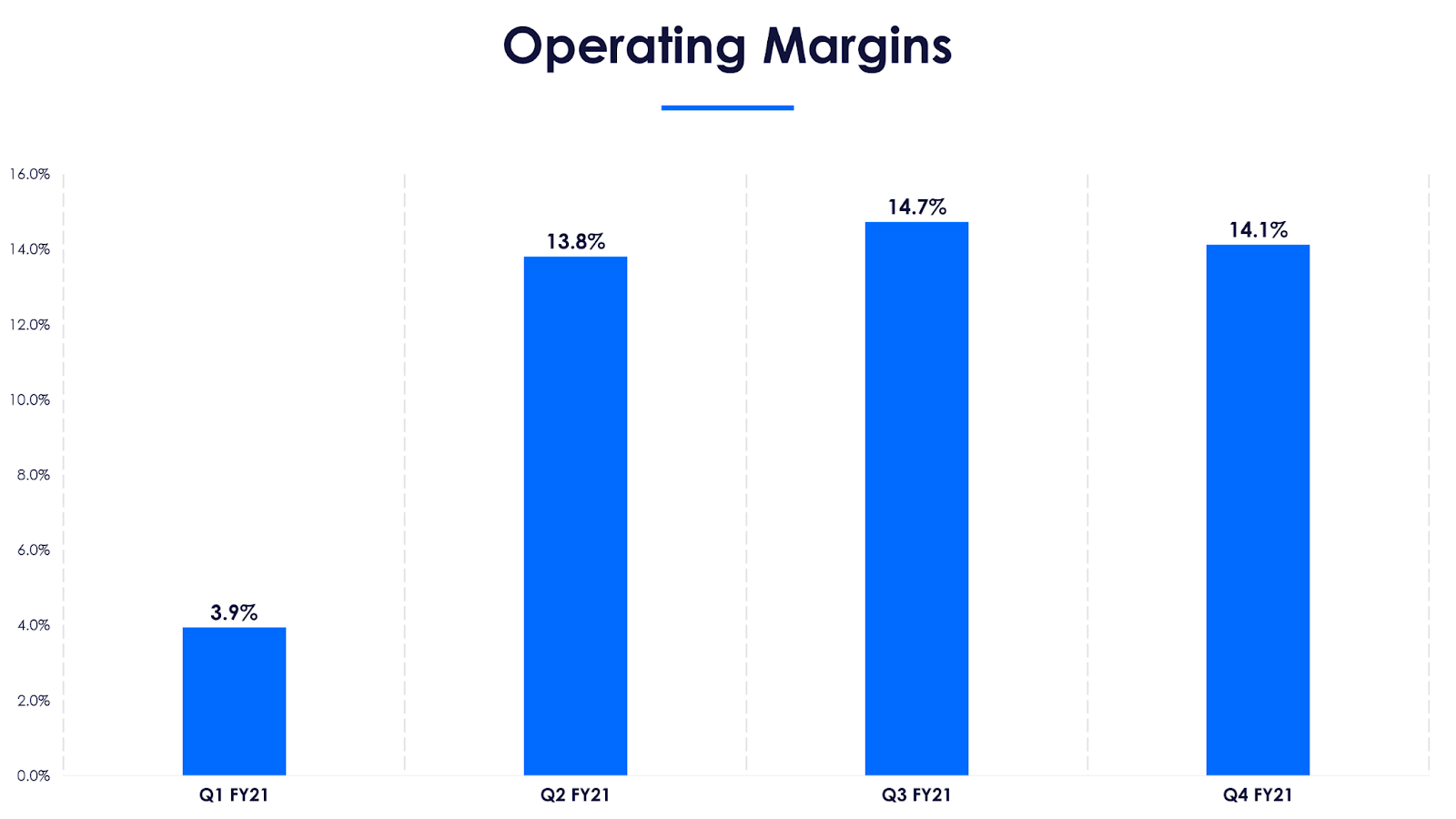 Hero MotoCorp continues to depend on rural demand

Hero MotoCorp has lost roughly 500 bps of market share in the 2-wheeler industry over the past six years. This is mostly because it lost share in the  scooters and premium motorcycle segments. It owns a 35% market share in the 2-wheeler industry. Revenues are highly dependent on the domestic market, with only 12% revenues coming from exports in Q4 FY21. Motorcycles make up 90% of total revenues catering mainly to the entry level segment accounting 70% of its motorcycle revenue pie.

Hero derives 50% of its business from rural areas, and 20 of its top markets are either rural or semi-urban. With the rapid rise in Covid19 infections across the country, and rural India too being engulfed in the second Covid wave, Hero MotoCorp has a tough ride ahead.

Hero lacks some of the advantages of its competitors. It’s close peer TVS Motor’s base is far more diversified across scooters (32% of volume mix), motorcycles (46%), moped (17%) and 3-wheelers (4%). The company also gets 35% of total volume growth from exports in Q4 FY21.

For Bajaj Auto, in addition to its strong hold in the premium segment turning out to be a surprise Covid tailwind, exports have also been a major stabilizing factor which contributes more than half of its volume mix. In fact, Bajaj Auto reported the highest number of motorcycles sold in the month of April 2021, amidst lockdowns, as more than 60% of its total volumes came from exports. 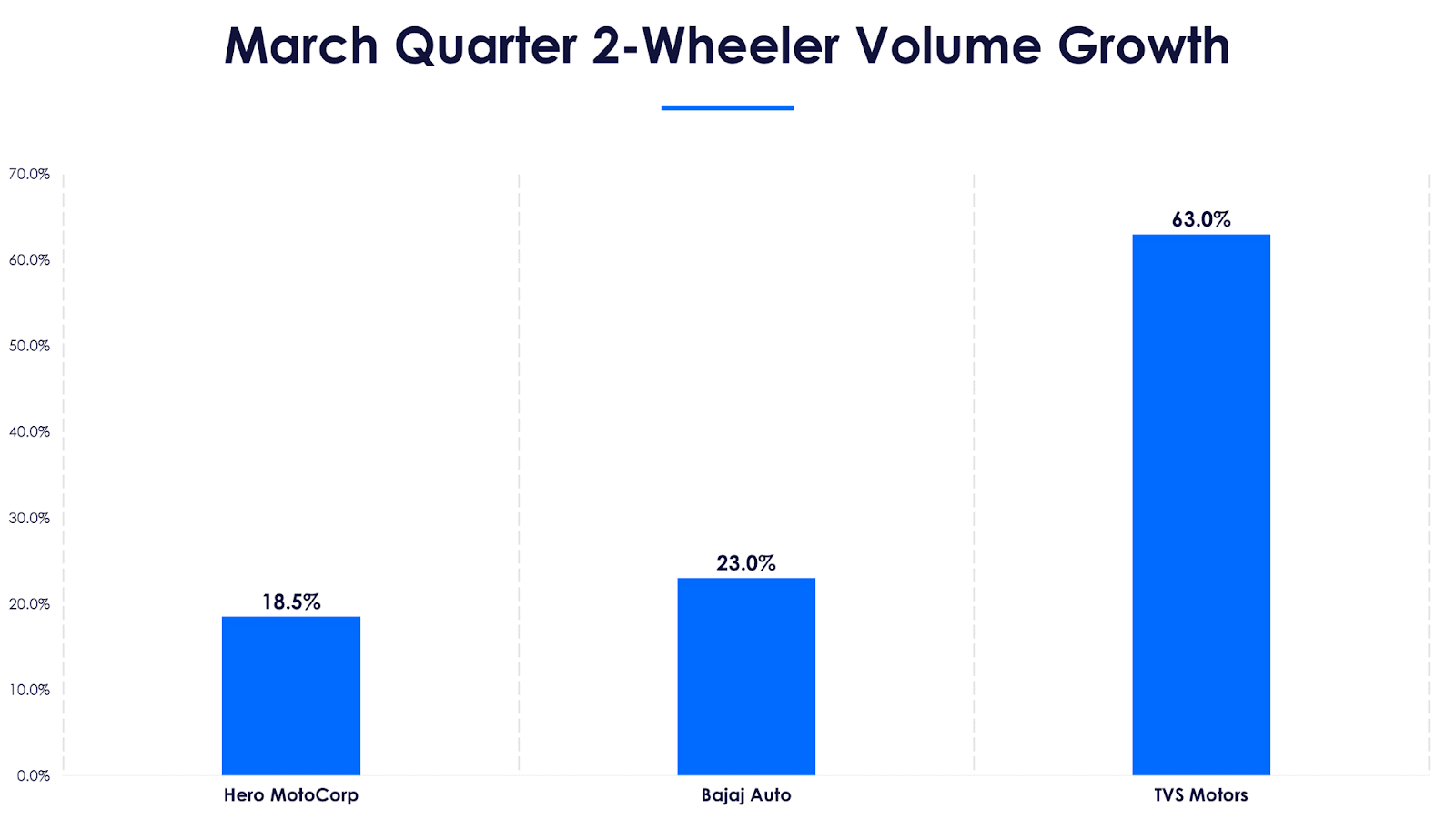 A tough and bumpy ride ahead

Lower exports and missing strengths in the fast growing segments of premium motorcycles and scooters are major concern areas for Hero MotoCorp. Though export share in revenues is still in low double digits (12%) in March quarter 21, there was a 40% YoY rise from Rs 751 crore, a year ago to Rs 1,050 crore. The company aims to scale up its exports by identifying key markets and introducing specific products in countries such as Nigeria where motorcycles require long seats.

There are also orders coming in from Mexico and Columbia. The company has managed to double its market share in Columbia to 6% in Q4FY21 over the past three quarters. Hero is also reworking its strategy in Bangladesh. The management sees exports as a major growth driver in the next 3-5 years.

While cheaper motorcycles may find it tough to find buyers as Covid hits the purchasing power of lower income groups in the near term, the high salaried class and wealthier sections are buying premium and ultra-premium motorcycles and sports bikes. To take advantage of this Hero has entered into a partnership with Harley Davidson to accelerate and enhance its premium segment strategy by selling Harley bikes. The company also outlined a plan of introducing more than 10 models every year over the next 3-5 years from its own stable, including refreshes. This will span across the entire middle-weight segment, and across different classes like adventure, commuters, sports bikes etc. 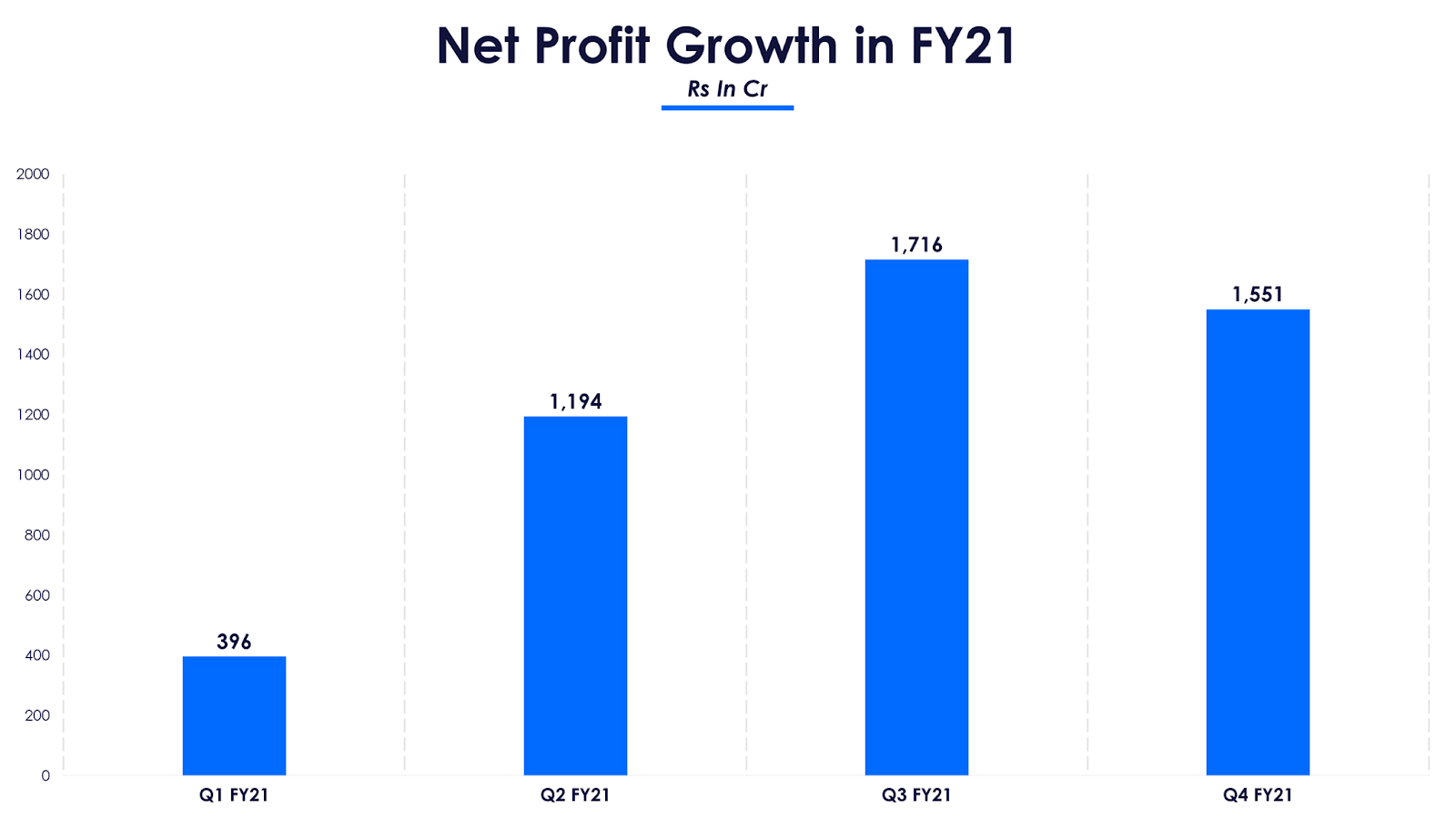 The scooter segment is also a work in progress. The management said that after a long time, the company has reached 10% market share in the March 2021 quarter in this segment. Hero’s Pleasure and Destini scooters face tough competition against TVS Jupiter, NTORQ and Honda Activa.

The street is also waiting to see how Hero MotoCorp’s three-pronged electric vehicle strategy plays out. The company owns a roughly 35% stake in startup Ather Energy, which  makes electric scooters. Hero is also developing its own models in its Jaipur and Germany R&D centres to be launched in FY22. And lastly along with its own models based on fixed charging, the company has also tied up with Taiwan’s Gogoro which will help in utilizing its battery swapping platform for Hero MotoCorp.

How all of these pieces of the puzzle fit in to deliver future growth will be interesting to watch for investors.