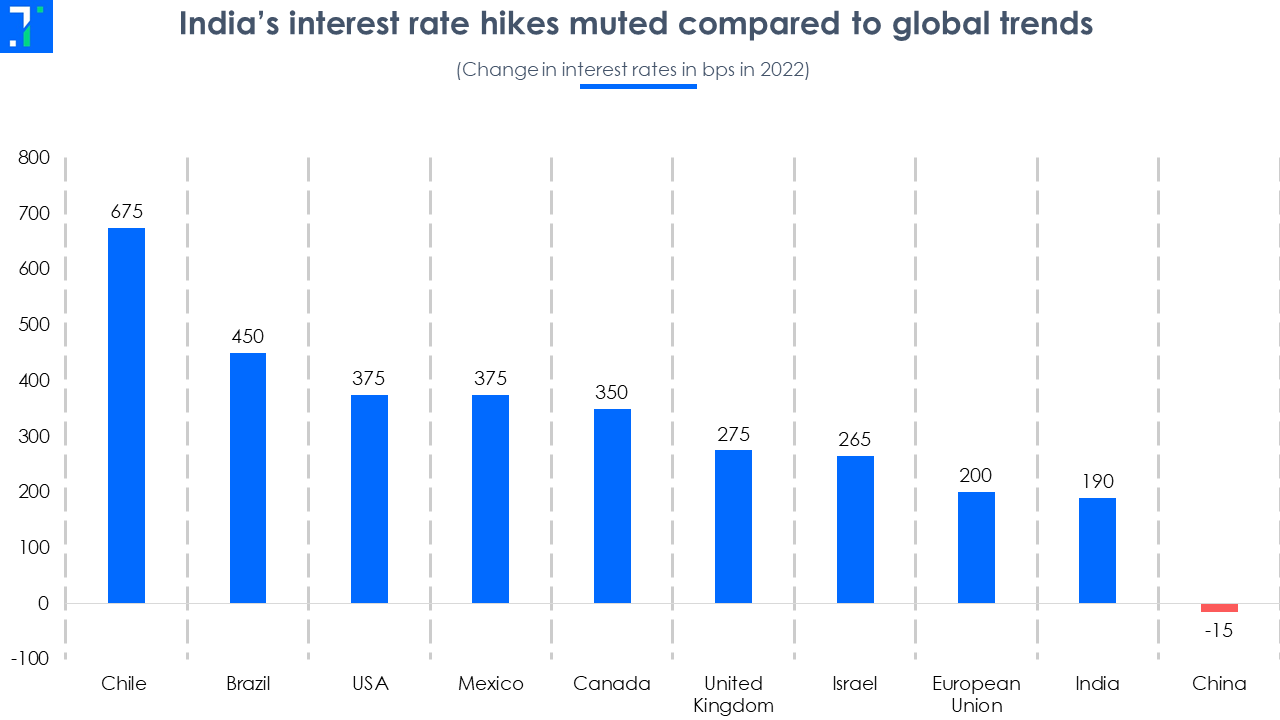 Chart of the week: India’s interest rate hikes in 2022 lower than most central banks

Supply shocks, rising demand and high energy prices caused the world to see a sharp rise in inflation in 2022. The Russia-Ukraine conflict only aggravated supply chain disruptions and drove costs higher. Sanctions imposed on Russia by the western nations also made oil, metal and coal pricier.

Inflation was further worsened by falling currency values, which made imports more expensive. To counter inflation, major central banks began raising interest rates in March, and rates are expected to rise at least until mid-2023.

The Reserve Bank of India increased interest rates by 190 bps in 2022 on the back of the US Fed raising rates, and the rupee falling against the US dollar. However with inflation muted domestically, the RBI has stayed cautious, raising rates at a lower pace compared to other Central Banks.

The Federal Reserve of the United States has raised interest rates by 375 bps so far in 2022, while the Bank of Canada increased it by 350 bps. The United Kingdom’s Bank of England has also bumped up the rates by 275 bps on the back of higher energy prices and high demand.

China is the only economy which has dropped rates by 15 bps. The People’s Bank of China made this move to tackle an economy that is weakening due to the zero-Covid policy and falling property prices