EaseMyTrip tries to take off, despite stock market turbulence

Easy Trip Planners’ (EaseMyTrip) IPO couldn’t be timed more imperfectly. At a time when travel domestically and internationally is crippled, here comes a profitable OTA, which according to some reports is already trading at a 90% premium to its issue price band in the grey market.

Easy Trip Planners’  (EaseMyTrip) IPO couldn’t be timed more imperfectly. At a time when travel domestically and internationally is crippled, here comes a profitable OTA, which according to some reports is already trading at a 90% premium to its issue price band in the grey market.

But maybe that is the dichotomy of the primary share market as against  the volatile stock market. A profitable company like EaseMyTrip might sail through, depending on what is happening on the stock market. The grey market premium is just a taste of how hungry investors are in the primary market. This points to some decent listing gains.

It might not be a foregone conclusion, but seeing how IPOs are moving like hot cakes nowadays, this IPO might not face any headwinds. But there are still many things one should know about the company the Pitti brothers have built over the past decade and three years, including some puzzling numbers in its balance sheet.

But first, let’s take stock of the offer and compare it to some peers.

Pitti brothers sell a quarter of the company

The offer for sale is priced at Rs 186-187, valuing it at 14 times its FY20 operating revenues. Its peers are valued at lower levels. MakeMyTrip trades at around 6.5 times its FY20 revenue. Global leaders Expedia and Bookings trade at 4.3 times and 13 times their 2020 revenues, respectively.

The Pitti brothers are selling 25% of their stake in the company in this offer for sale. The total fund raise is up to Rs 510 crore, which will give the company a post listing valuation starting at Rs 2,000 crore.

From humble beginnings to rapid growth

EaseMyTrip started off as a platform for offline travel agents to books tickets on. Then over the years, it moved into a more B2C mould. What the company claims as its USP is the B2B2C model that it has. It uses its offline travel agent customers and sells to end customers in tier 2 and tier 3 cities. This is one of the future growth areas that the company has identified.

EaseMyTrip is the only profitable Indian online travel aggregator (agent) or OTA. EaseMyTrip says it is the second largest OTA with a 42% market share in terms of gross booking revenues that are processed on its platform. Market leader MakeMyTrip has a 50% market share in the Indian market as of 2020.

The company’s revenues had been somewhat steady, but the pandemic has thrown it out of gear. The net profits of the company are erratic and the discontinued business, which was loss-making, weighed on its profits.

EaseMyTrip had a couple of other businesses under its umbrella—coal trading and film production—which the company has now discontinued. These operations were a drag on the company’s profits. One thing to ponder over here is why would EaseMyTrip see any synergies in coal trading and film production with its main business. All that is now not part of the company’s stable. In the nine months ended December 2020, the company had no contribution from the discontinued businesses and its profits were almost up to the full financial year 2019-20. 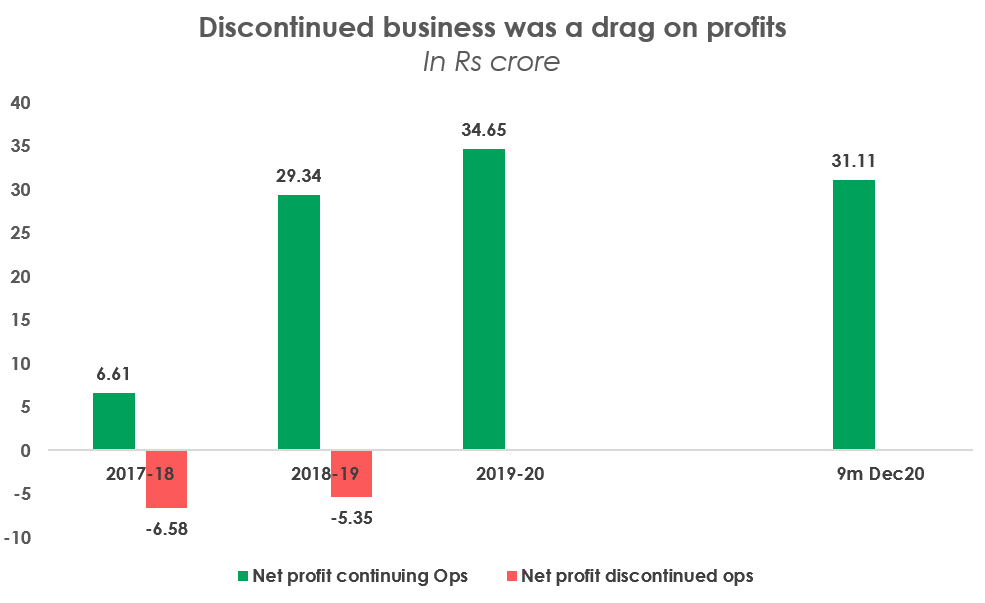 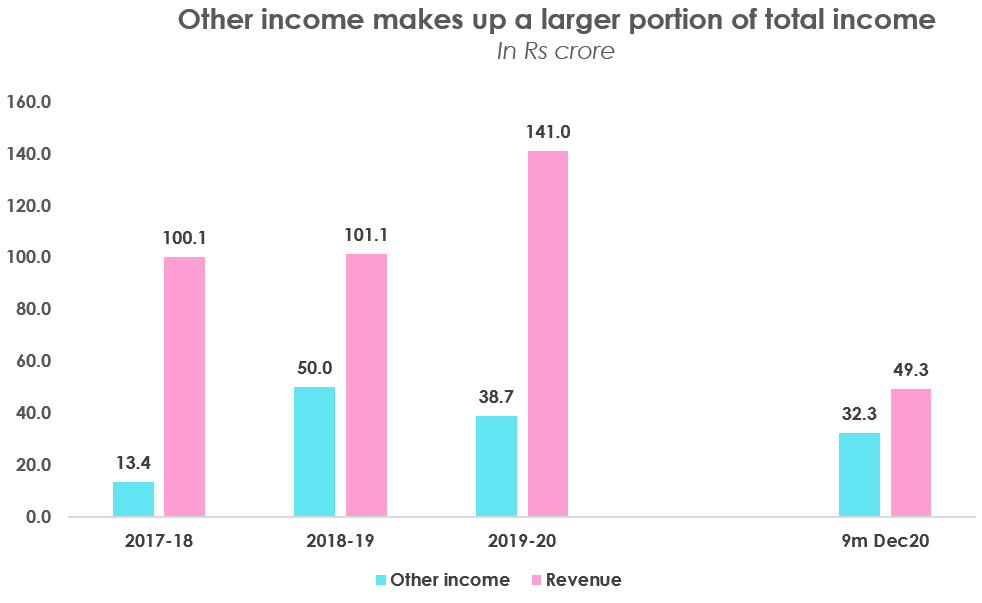 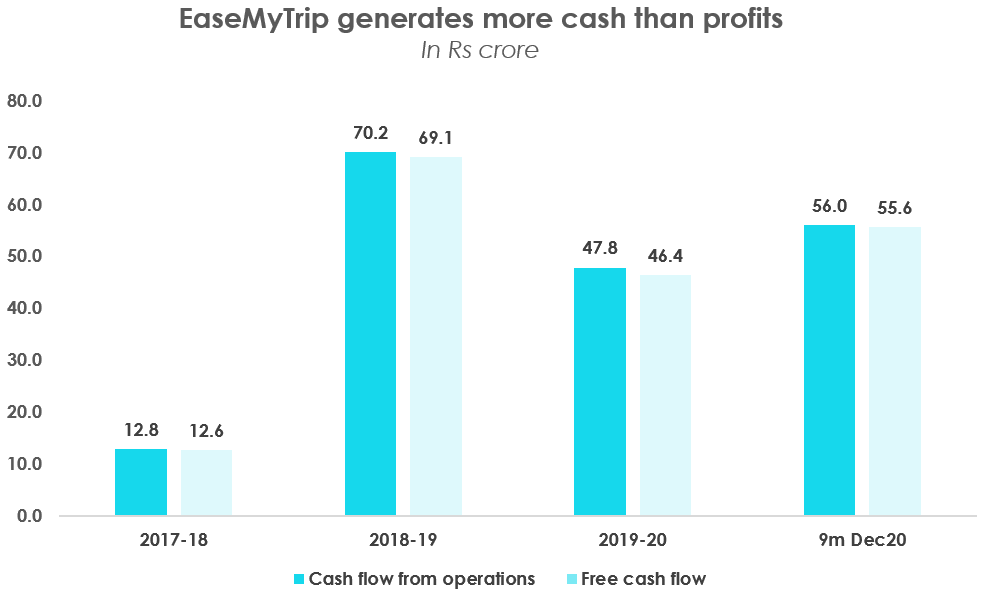 There are some risks to this business

The promoters drew a high salary from the company at Rs 7 crore to two of the promoters in FY20, excluding the reimbursement of expenses of Rs 6 crore for the same FY. This is a high proportion of the revenues, which will have to be watched.

Until 2016-17 the company had nearly Rs 2,000 crore worth of revenues, but then it restated its books and showed a Rs 71.02 crore revenue for the same financial year.

The previous businesses that the company undertook and then discontinued show a pattern of investing in unrelated businesses from the core. The company also consolidated some of the group companies registered in different jurisdictions. Some of them were bought from the promoters’ themselves.

In all, OTAs are money losing businesses. EaseMyTrip offers customers an option to not pay the fee for booking tickets online by not heavily discounting its fares. It has risen to the top 2 operators in India. But in such a cut-throat business, the company might be pricing its slender profits too high for the IPO.