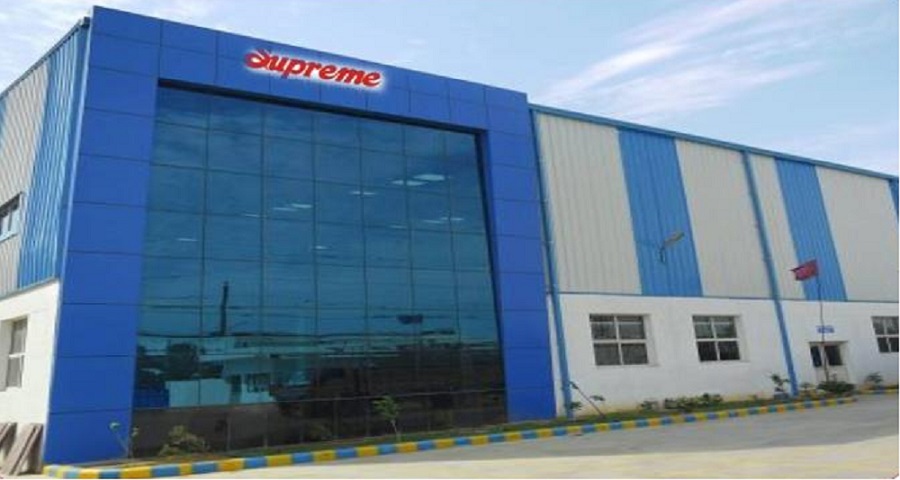 With revenue decline, muted volume growth and fall in realisations, it was a mixed performance for Supreme Industries in Q3FY20 while PAT and operating profit reported double digit growth. However capacity expansion efforts and a rise in operating profit have kept analysts upbeat, and share price rose post results.

Founded in 1942, Supreme Industries is a leading player in India's plastics industry, handling volumes of over 3,20,000 tonnes of polymers annually making it the largest plastic processor in the country. The company has four main business verticals of plastic piping systems, consumer products, industrial products and packaging products.

Operating margins hold up even as revenues fall

Operating margin on the other hand has been strong and sturdy, with growth for plastic piping systems at 15.9% rising 358 bps YoY. Other three segments of industrial, packaging and consumer products reported operating margin expansion of 87 bps, 300 bps and 269 bps YoY respectively in Q3FY20.

With respect to the flattish performance by the piping division, Mr. M.P. Taparia, MD, Supreme Industries said, “In October - December quarter, growth was low as both major festivals were in October and the rainfall extended upto first week of November. The demand growth came back by the second half of November”. The management also indicated strong volume growth of 13-15% for the whole of FY20 and for FY21, 12-14% driven by housing and agri sectors for plastic pipe business. In addition to that, the central government program ‘Nal se Jal’ is expected to drive strong growth especially in states of Bihar and UP.

With respect to the industrial product segment, Mr Taparia clarified that auto constitutes a very small part, roughly 3% of overall revenues and thus the ongoing auto slowdown does not have a strong impact on segmental revenues. The other component, consumer appliances is witnessing strong revival and the management is confident of good growth going forward. Although the consumer product business  declined in revenue terms, its operating margin stood at 18.3%, rising 269 bps YoY supported by change in product mix and inventory gain.

While demand for cross laminated films remained subdued in the packaging product business, protective packaging products are seeing strong growth momentum. In addition to growth improvement expected in all the four verticals in the coming quarters, investors are happy with the strong guidance given by the company management. Volume growth would be in the range of 10-12% for the company and 13-14% volume growth for pipe business which contributes 60% of total turnover. EBITDA is guided in the range of 14-14.5% for the full year with an agenda to reach 16% in the near future. That’s not all, the capex plan has been enhanced to Rs. 500 crore for FY20 for augmenting capacity expansion. Total capacity which was at 6,05,000 metric tonnes in the beginning of the year will be enhanced to 6,77,000 metric tonnes by the end of March 2020 and further enhanced by 40,000 metric tonnes, taking the total to 7,10,000 metric tonnes by March FY21. Piping business would be the major beneficiary gaining 80% of this capacity addition. Strong capex and capacity additions outlined by the management indicate good revenue growth visibility in the near future and with strong operating margins and bottom-line, the stock has hit recent 52-week highs.