Economic Times
The company management also informed Jhunjhunwala that it has opened up a second Fastrack Prescription eyewear retail store, to cater to the youth segment. It plans to add 5-6 stores in the Bengaluru city and take the number to 25 across the country. The company said it is expanding into the lifestyle segment.
Share
Share on 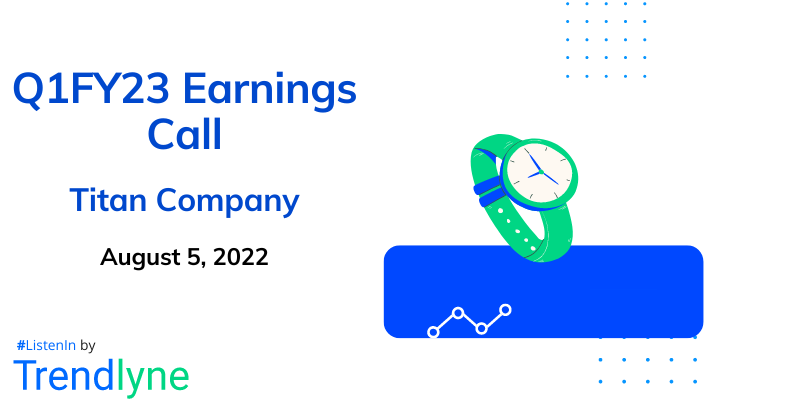 Conference Call with Titan Company Management and Analysts on Q1FY23 Performance and Outlook. Listen to the full earnings transcript.
video
Share
Share on

Mr.CK Venkataraman, Managing Director of the Company stated that: "The financial year has begun well for us and we delivered a strong performance in Q1 across our business segments. Despite challenging macro environment, the outlook for the remaining quarters looks positive and we continue to execute our investment plans in India as well as chosen international geographies."